It is a fact that passes many by: Salisbury is home to a Guinness World Record holder!

A clock that can be found in Salisbury Cathedral is actually the world's oldest surviving working clock.

It is thought to date from 1386, or possibly earlier, and is made of hand-wrought iron. Three horologists – Johannes and Williemus Vriemand and Johannes Jietuijt of Delft - are thought to be behind the design and build.

As is usual of the period, the clock has no face and was designed only to strike hours. It is separated into two sections, the right-hand one being known as Going Train and the left-hand one as Striking Train. Each is driven by falling weights which have to be wound up once a day. 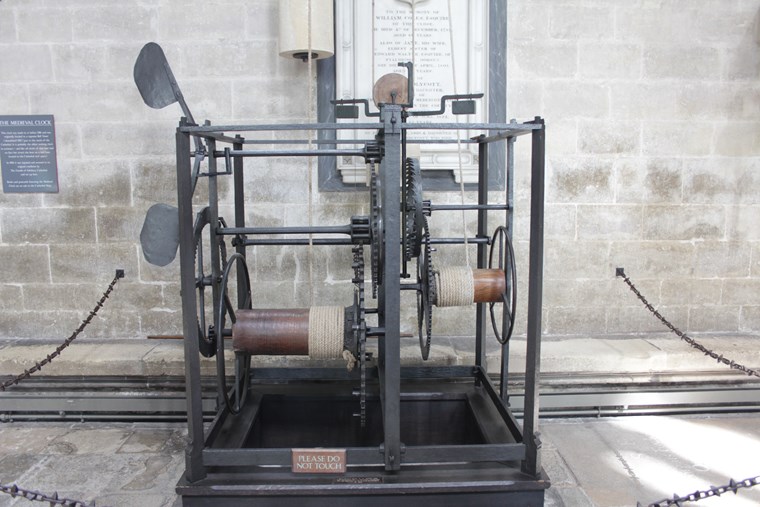 It originally stood in a detached bell tower (near where the Bell Tower Tea Rooms are today) but when that was demolished in 1884, a new clock was installed and the discarded one left to deteriorate. It was rediscovered in 1929, when it was restored and put on public display in the main aisle.

It wasn’t until 1956 though that the clock was restored to its original condition and set up in its current position, in the left naïve of the cathedral, where it is still working away, much as it did over 600 years ago.

There is plenty more to see and do at Salisbury Cathedral. Don’t forget to drop in on the best preserved of the four remaining Magna Carta’s and take a trip to the top of the spire.