Salisbury has a new Mayor

Salisbury has a new mayor, following the election of Councillor Tom Corbin.

Cllr Corbin becomes the 761st The Right Worshipful the Mayor of the City of Salisbury.

He was elected into the role at an event today (Saturday 14 May 2022) which was attended by over 200 Civic Dignitaries including Mayors from neighbouring towns and cities, who witnessed the handover of the Mayoral Chain from Cllr Caroline Corbin to Cllr Tom Corbin.

Cllr Tom Corbin said, “In what is a first in Salisbury's Mayoral history for the last year I have had the privilege and honour of serving the 760th Mayor of Salisbury as consort and as serving as Deputy Mayor. Now, as we hope we have seen the back of Covid I look forward as the Mayor of Salisbury with Caroline as my Mayoress to doing all we can to help promote Salisbury in a positive way as we look to the future and hopefully encourage tourism back into the City as Covid restrictions continue to decline and travel to and from foreign countries becomes more normalised.” 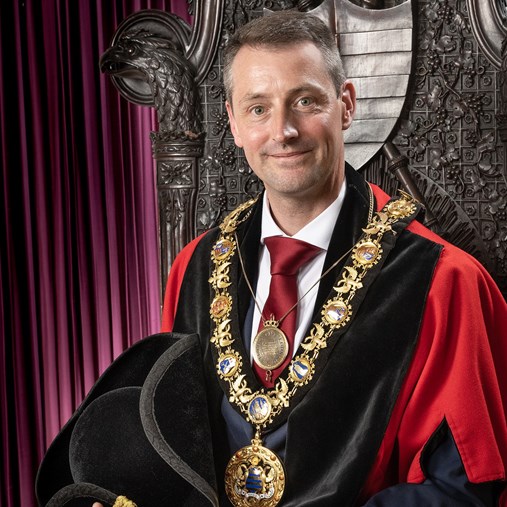 The Mayor’s Charity for 2022/2023 will be Children’s Chance whose philosophy is that no child is responsible for their financial welfare and that all children are equal and entitled to equal basic opportunity. The Mayor wants their profile to be raised to the point that most people in the local area are familiar with the Charity. The Mayor also requests local residents and businesses to consider how they can also help to raise the profile of Children's Chance which covers a 30 mile radius from Salisbury Cathedral.

The Mayor will be supported during his Mayoral Year by the Mayoress Cllr Caroline Corbin.