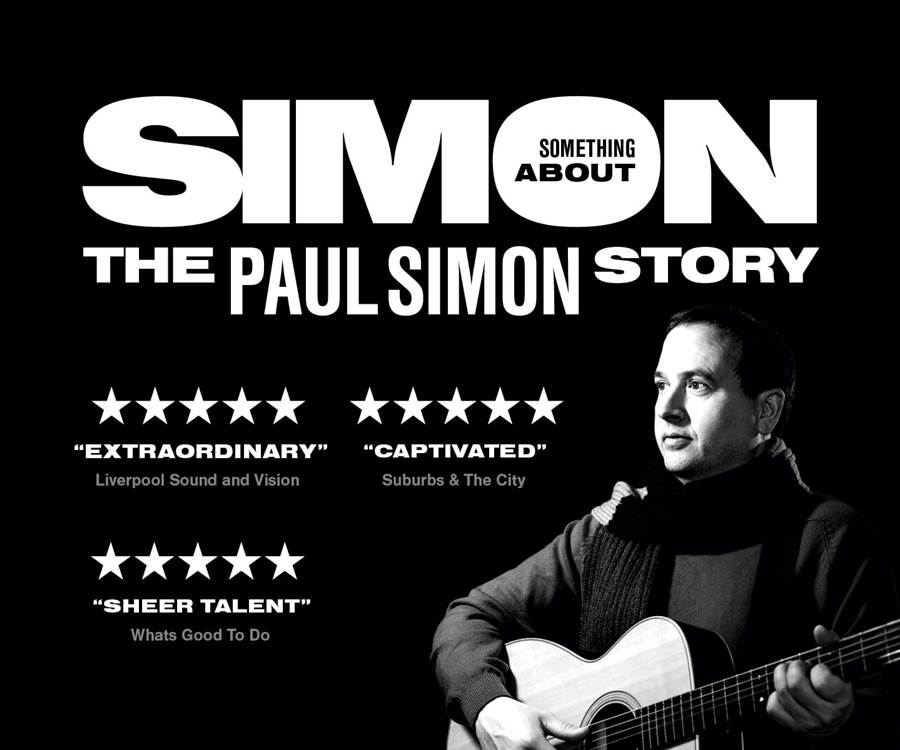 Paul Simon is a name that has cemented itself into the “hearts and bones” of audiences all over the world. As an artist, his name has become synonymous, not only with music, but with cultural history.

In this brand-new show, singer-songwriter Gary Edward Jones not only recites the music of one of his idols, but also tells the unique story of Paul Simon combining visuals, stage design and, of course… the music.

After years of comparisons, Gary set out on a journey of discovery and for over two years, he lived and breathed all things Simon, creating a show which has received five-star reviews and standing ovations across the UK and has just completed a hugely successful run at Edinburgh Fringe receiving 4 star reviews across the board.

A natural storyteller, with charisma and a certain charm, Gary weaves together songs and stories that cross the Atlantic, from New Jersey to the North-west of England. He traces the sometimes-poignant moments in Simon’s life and career, that occasionally mirror his own.

With classic ballads like The Sound of Silence, America and Kathy’s Song, to the more upbeat Wristband and The Boxer to the much-loved Bridge Over Troubled Water. The show will have you both reliving and rediscovering these great songs again.