Five rivers is a term you will hear a lot around Salisbury. Our biggest council run leisure centre is named Five Rivers, there are sports clubs and many businesses that have adopted the name – but why?

It is because there are five rivers which run through the city - the Nadder, Ebble, Wylye, Bourne and Avon.

They are like blue-veins driving water through the heart of the city, bringing a wealth of wildlife with them.

Sometimes called the Salisbury Avon – to distinguish it from other rivers of the same name found elsewhere in the country – the River Avon is 65 miles long and runs past iconic sites like Stonehenge and Old Sarum before reaching Salisbury.

The river starts its journey to the sea in Wiltshire’s Pewsey Vale then, once it has made its way through Salisbury, courses along the western edge of the New Forest through Fordingbridge and Ringwood, meeting up with the River Stour at Christchurch, to flow into Christchurch Harbour.

It is thought to contain more species of fish than any other river in Britain, and there are plenty of places to make the most of all it has to offer.

Head to Queen Elizabeth Gardens to picnic and paddle in its cool waters. 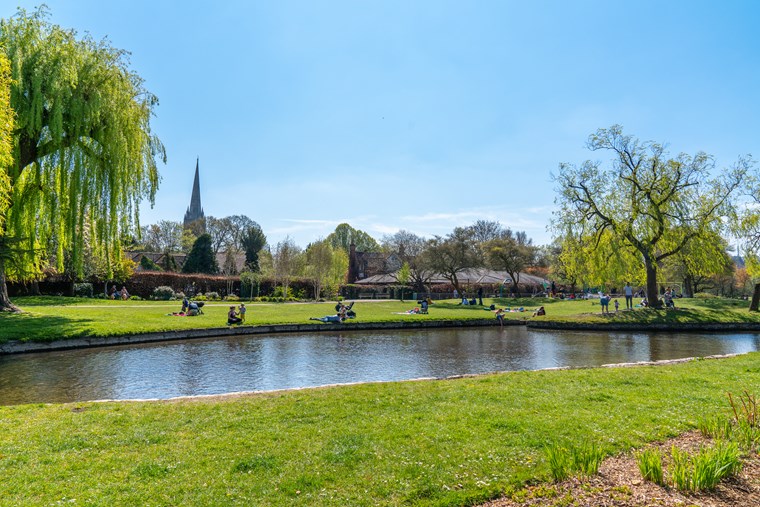 Follow the river through the Avon Valley Nature Reserve, keeping an eye out for kingfishers and other wildlife.

Or, if you are looking for a longer adventure, why not pick up the Avon Valley Path? The route is a long-distance walk from Salisbury to the mouth of the River Avon at Christchurch. If you walk the entire path it is a total of 34 miles, but you can also pick out shorter sections, such as Salisbury to Downton.

The Nadder is a tributary of the River Avon. In Old English the names means ‘snake’ - and snake is exactly what it does through Wiltshire!

The water rises from a number of springs and small streams at Donhead St Mary, a small village between Salisbury and Shaftesbury.  After flowing past Wardour Castle and through the grounds of Wilton House it joins the Avon near Salisbury Cathedral.

The Nadder is a perfect river for fishing. It is a chalk stream, a distinctive, rare type of river found in the southern counties, and much sought after by fly fishermen because of its clear waters and abundance of brown trout. 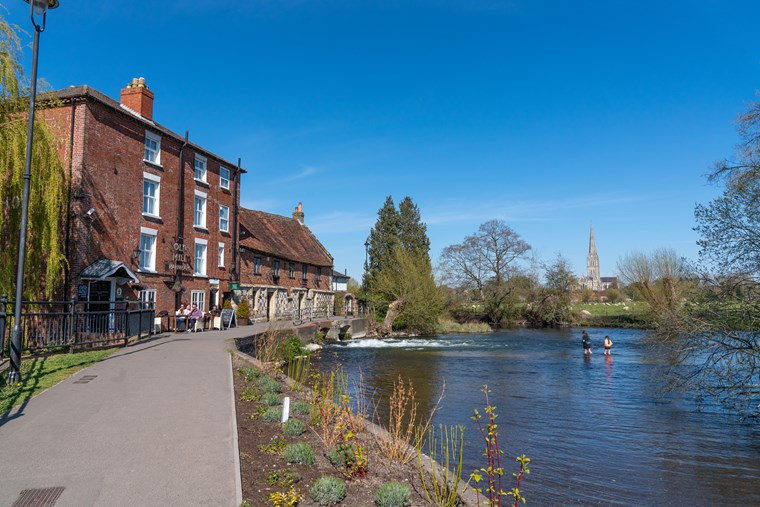 The Ebble’s starting point isn’t that far from the Nadder – west of Salisbury at the village of Alvediston. It flows through the picturesque Chalk Valley, through Salisbury and joins the River Avon south of the city, at Bodenham.

The chalk stream gives ideal habitat for grayling and trout. For those wanting to try their hand at fishing the Ebble, contact the Salisbury and District Angling Club about Longbridge Fishery in Broadchalke – a beautiful spot for a day fishing the river.

Another popular river for fishermen and women is the Wylye, a clear stream that runs from just south of Warminster through a pretty village also called Wylye, to Wilton where it merges with the River Nadder.

For those who don’t live in the area, Wylye is pronounced why-lee! It is not known where the name came from but authors of a book called The Place Names of Wiltshire, suggest it might mean tricky stream. 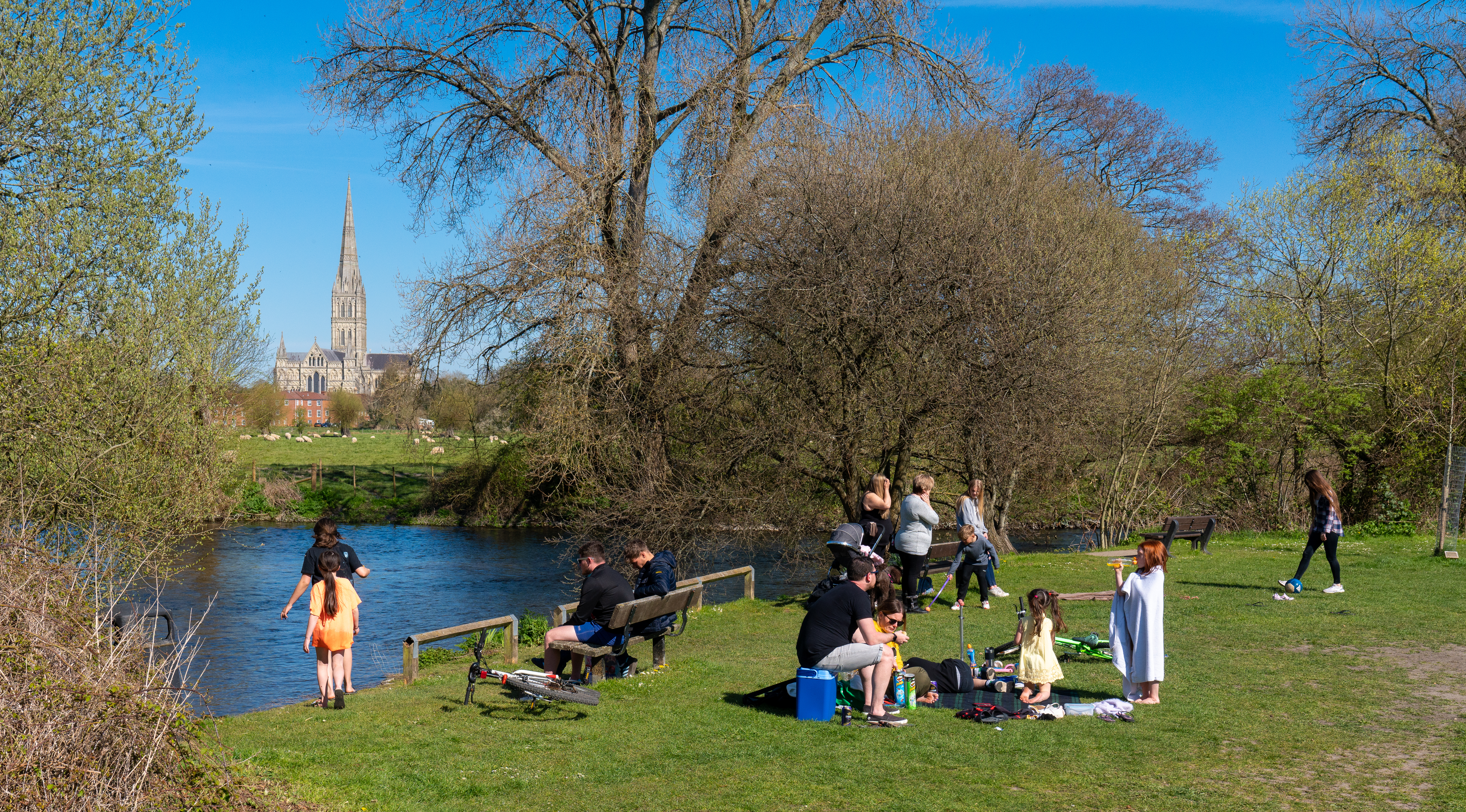 It might not be as well-known as the River Avon, but the Bourne also starts its journey in the Pewsey Vale. For 30 miles it heads south, through Salisbury Plain towards the city of Salisbury. Approaching the city from the east, the river skirts the city centre and joins the Avon just south of Churchill Gardens.

The River Bourne Community Farm has developed nature trails that make the most of the River Bourne flora and fauna. Dragonflies, water voles and kingfishers are just some of the wildlife you might be lucky enjoy to see. 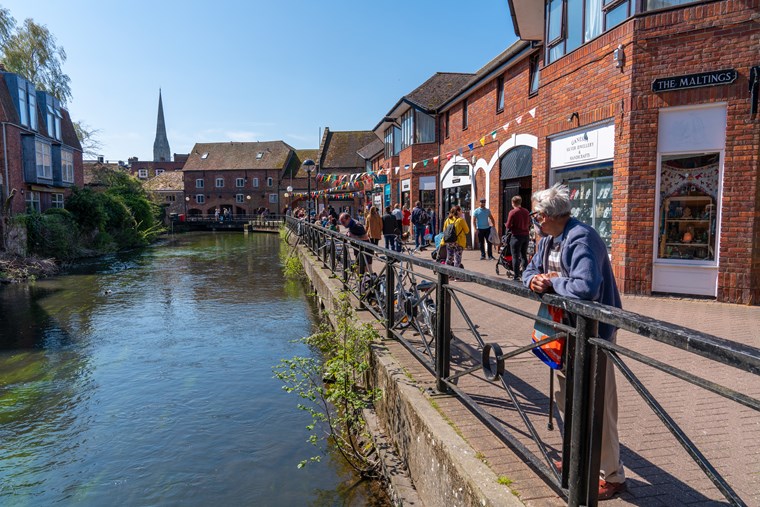 There are many places in Salisbury to enjoy our wonderful waters – but if you want to try something a little different, why not take a punting tour? A guide will take you along the city’s waterways pointing out Salisbury’s hidden gems. Read more about that, and many other Salisbury highlights in our hidden gems blog.