Salisbury's fascinating history and rich culture is plain to see through an imaginative initiative in the heart of the city.

If you take time to stop and really look at the walls of the Milford Street flyover, you will see Salisbury’s colourful past come to life.

A mural has been painted there as part of the Milford Street Bridge Project, which is run by the St Edmunds Community Association.

What is the Milford Street mural?

Milford Street bridge is a large flyover, which carries the city’s ring-road.  It was built in the early 1970s and for nearly forty years its bare concrete walls were a giant eyesore.

In 2010, St Edmunds Community Association was given permission to paint a mural on one of the walls, showing life as it had been in the area “before the bridge”.

They interviewed many people who had lived and worked in the area and collected a great archive of memories and pictures.  Some of these were used as inspiration for the spectacular mural painted by Fred Fieber and Anthony Woodward.

That artwork was such a success that in 2012 a second mural was created for the opposite wall to commemorate the Diamond Jubilee of Her Majesty Queen Elizabeth II.

What is shown in the mural?

You may have driven or walked along Milford Street many times and not really noticed the fascinating story painted onto the walls of the flyover.

If you look closely, you’ll see:

88 Milford Street which originally was a medieval building fronting St Martin’s Church Hall, latterly the Swan School. Demolished in 1972 to make way for the Ring Road. 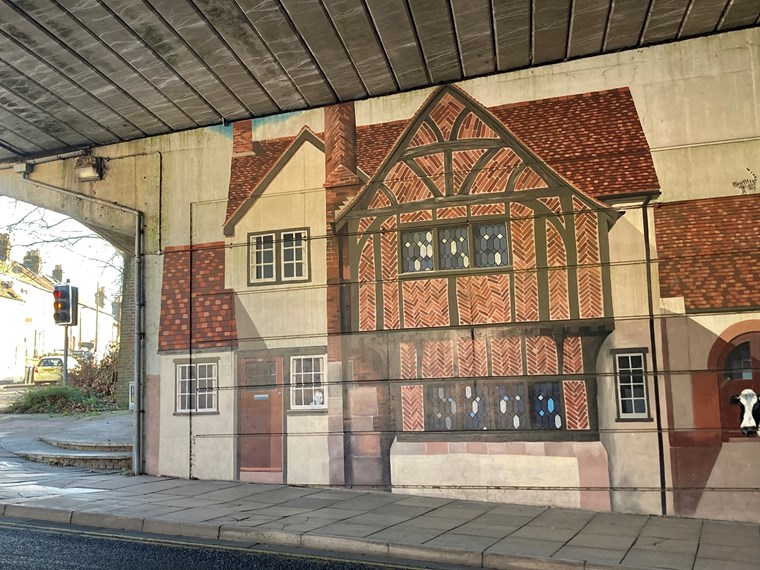 Below is Percy Andrews, who lived in Rampart Road and was one of the drovers. They were nicknamed cow wallopers because that is how they drove the cattle up from Salisbury market place. They went up Milford Street along Rampart Road to Milford Goods Station. 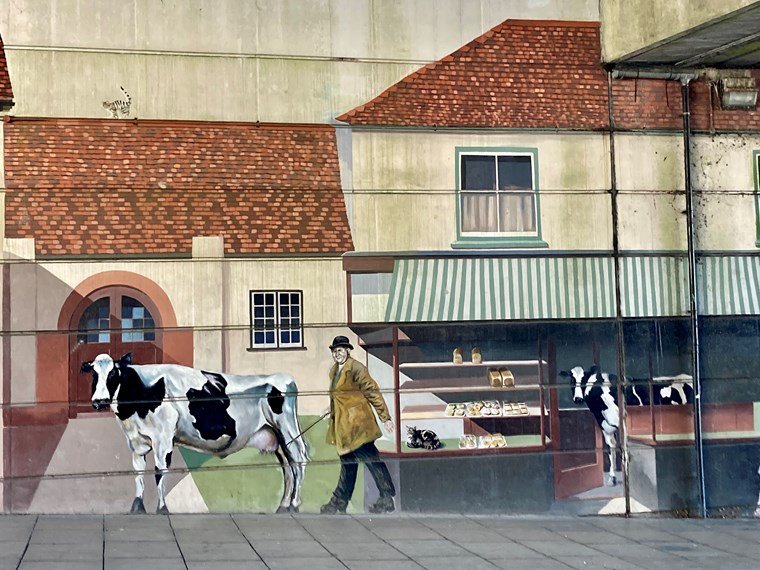 The other side of the bridge arch concentrates on Salisbury and the celebrations of the Queen’s visit in 2012 on her Diamond Jubilee Tour. You’ll see here the last outing of The Giant and Hobnob in 1977 at the Queen’s Silver Jubilee. 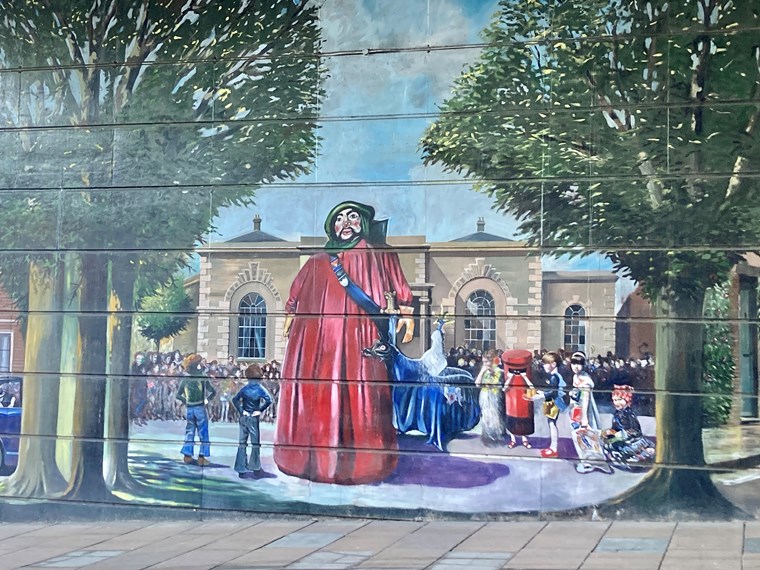 There are plenty of other facts and figures to see, including Eileen McNamee - née O’Leary - (seen in the middle of the photo below) who lived at 82 Winchester Street and died on the Titanic aged 19 with her husband Neil. 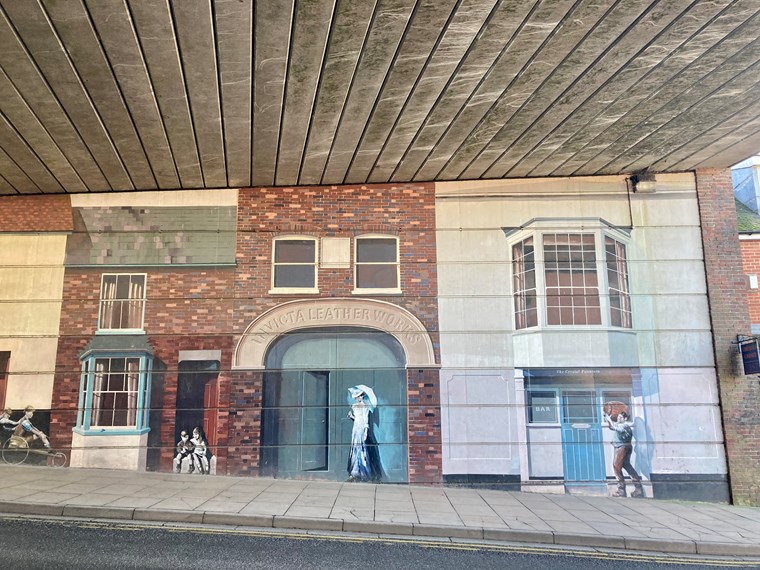 There is so much history to discover in the area that a Memory Walk was established, to go alongside the mural. The route takes you on a meandering walk through the project area, with lots of historical information, anecdotes and memories. You can follow the route on a smartphone or download and print to take with you.

As well as the artwork and trail, there are also handy educational resources for schools. The project team has produced downloadable presentations to really bring the subject to life. Alongside the digital material, there are five boxes of handling objects available to hire free of charge to local schools.

For detailed information about the Milford Street Bridge Project, Memory Walk and education resources, head to the project website here.

And, to discover more about Salisbury’s colourful past, click through to our Experience pages.

Experience the living heritage and spirit of our modern medieval city.