As a film, Little Voice captured the hearts of movie goers, now it’s about to do the same to Salisbury theatre audiences.

The heartwarming musical, which has been adapted for stage, can be seen at Salisbury Playhouse from 9th to 14th May 2022.

The story follows Little Voice as she starts to mimic the famous divas she plays on repeat at home, from Judy Garland to Shirley Bassey. Her amazing singing talent throws her into the spotlight and she becomes an overnight sensation.

In the theatre version, Christina Bianco plays Little Voice – the role made famous by Jane Horrocks in the 1998 movie.

Christina has been talking to us about bringing the character to life in The Rise and Fall of Little Voice: 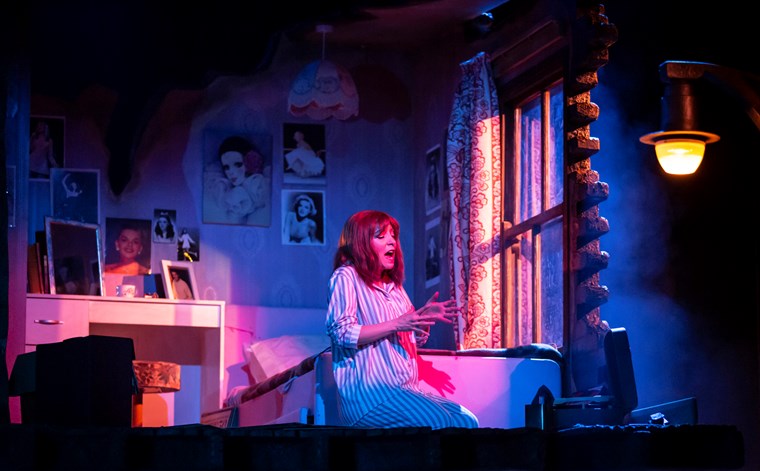 Has Little Voice always been on your wish-list of roles to play?

Yes! When I was young growing up in New York, I always did impressions and loved singing many genres of music. My parents tell me I had a natural instinct for mimicry, especially when it came to Judy Garland in The Wizard of Oz. Also, for some reason I always gravitated toward British comedy and one of my favourite things in the world to watch was Absolutely Fabulous. I especially loved Jane Horrocks in it.

Later on, my father saw a review of the film Little Voice – starring Jane - and given Little Voice’s love for Judy and all the diva impressions, he said we had to see it. I was blown away by Jane Horrocks’ performance and of course, by the story itself. I became a little obsessed with it!

What challenges does the role present?

Honestly, the biggest challenge will be playing an introvert. I’ve recently played Fanny Brice in Funny Girl and everyone says that’s one of the most challenging roles of all time, and I don’t disagree. You never leave the stage except to change costume, you sing 12 songs, laugh, cry, dance and do physical comedy – the list goes on! But I can safely say I’m more nervous about doing Little Voice because I’m not an introvert. I’m very loud and outgoing by nature so it’s going to take a lot more work for me to tap into that quiet and timid side of the character and of myself.

I also want to be fully memorized when I get into the rehearsal room. I want to be as comfortable with the text as possible, in order to be fully comfortable performing it in a Northern accent. Sure, I’m good at accents but it’s a very different thing when you’re doing an accent in the place where that accent actually comes from! I’m not doing this show in New York. I’m doing a Lancashire accent for people in Lancashire. That’s very intimidating! 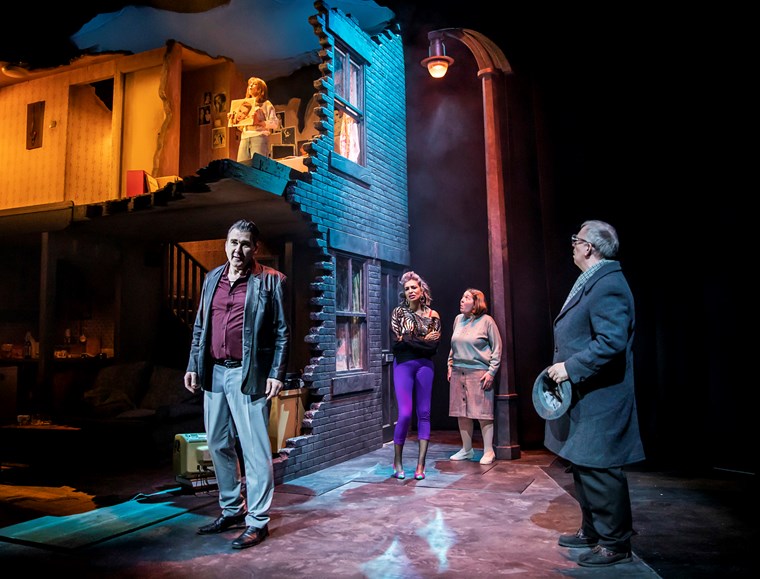 You’re famous for your spot-on diva impersonations. Which ones will you be doing in the show?

Well, everyone probably expects me to come out and do Celine Dion but it’s not the right time period! What I will be doing though, is attempting Cilla Black for the first time in my life. Everybody I impersonate in the show will be of the classic musical era Little Voice’s father loved. Garland, Piaf, Bassey, etc.

When you are learning to sing a new diva, how do you set about mastering them?

It depends on the particular vocalist but typically I immerse myself with them for a couple of days. I listen to lots of their music before I watch any video footage of them. I like to get the essence of their voice first. Then I study their physicality in more detail. I try to take on as many mannerisms, characteristics and facial expressions as I can.

This is your first time touring the UK in a play. Are you looking forward to it, and stopping in Salisbury?

One of the perks, in addition to playing this dream role in this dream show, is that I get to see more of Britain. I’m going to take time to get to know each city a little bit. It’s partially because I’m a born explorer; I love it! I also think it’s very important for me to really see more of this country because Little Voice is such a uniquely British show. The people of Salisbury can expect to find me in all the local haunts - and I’m a big eater, so please let me know the best places to eat! 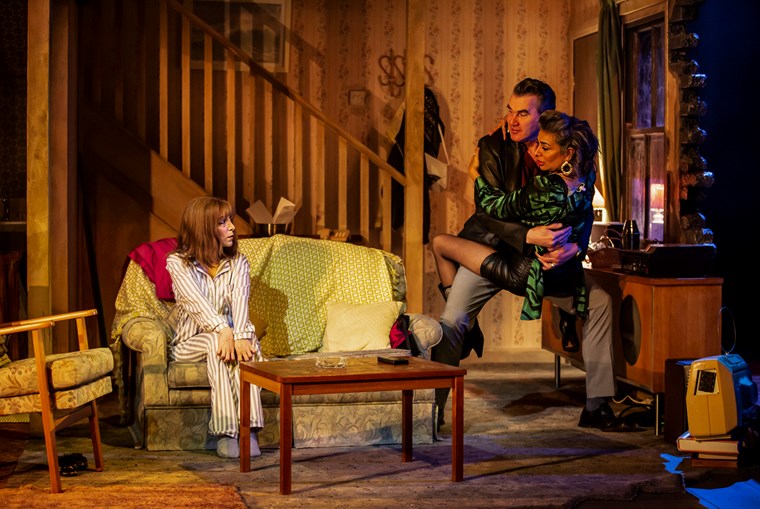 Times have been tough for theatre and theatregoers. What do you hope audiences will take away from seeing Little Voice?

First of all, I think this play is a true love letter to the UK. It celebrates so many great British artists and their music. But the story itself is something everybody can relate to, regardless of whether or not they know the music in the play. The idea that no matter how difficult things get, you can still persevere and rise from the ashes. And I think that’s exactly the message we need after the last two years. It’s a story about not being afraid to try something different and starting again. We’ve all been through something together that has changed us, just as the characters in the play do.

And hopefully, the audiences will embrace me as an American performer, taking on such an iconic British character. I’d like to think that I’ve earned some stripes working in the UK quite a bit already, so maybe that will help. And I’ve actually just become a resident, along with my husband and our dog Jeff Vader. We all live here now. So, you’re stuck with me!

You can see The Rise and Fall of Little Voice at Salisbury Playhouse 9th to 15th May 2022. Find more information and book tickets here.

There's a lot more to experience in Salisbury this May. Want to know more? Click here.

A procession, service and day of fun activities is to take place to celebrate Salisbury's new Mayor.

Join us for a Beach Party on the Green! This free, family-friendly day will start with a Fun Run followed by an afternoon at the beach. Part of the Salisbury Arts Festival 2022.

Bournemouth Symphony Orchestra performs a programme inspired by the music performed in Westminster Abbey at the Queen's Coronation. Part of the Salisbury International Arts Festival.