A visit to Salisbury is not complete without taking in the majestic Salisbury Cathedral.

Set in the largest Close in Britain – 80 acres – Salisbury Cathedral can be seen for miles and has inspired creatives throughout history with John Constable’s ‘Salisbury Cathedral From The Meadows’ probably the most famous example of this.

The Salisbury Cathedral we know and love today dates back over 800 years, but we must go back further to appreciate its full history - back to 1075. This is when the original cathedral was built by Bishop Osmund, just north of the current Salisbury city centre, at Old Sarum. Here it stood until 1220 when relations between the clergy and military at Old Sarum deteriorated so much the Bishop, Richard Poore, decided the cathedral should be moved. 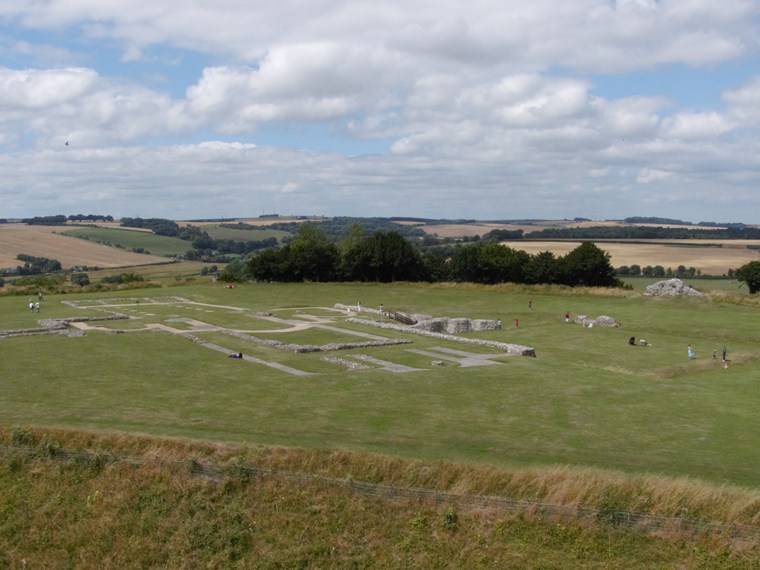 Legend tells that the Bishop then shot an arrow in the direction he would build the cathedral; the arrow hit a deer, which died in the place where Salisbury Cathedral is now. Whatever the reason the site was chosen, a great cathedral was built and what is now known as Salisbury grew around it.

The first foundation stone was laid in 1220 and just 38 years later Salisbury Cathedral was finished. It is unique in that it only took one generation to build. Normally cathedral’s take so long to finish they tend to incorporate more than one architectural style but Salisbury Cathedral does not and is built purely in the Early English Gothic style. The original architect is unknown, though is thought to have been a collaboration between Elias of Dereham and Nicholas of Ely.

The spire is the tallest in Britain at 404 feet and was one of the last parts of the cathedral to be completed, in about 1330. It has undergone repair several times during the following centuries, the most famous being when Sir Christopher Wren was commissioned to undertake an architectural survey. He found the spire was leaning off plumb by 30 inches, and in 1668 had iron rods inserted to strengthen the structure. Centuries later Wren's work was checked, and modern measurements revealed that the tower had not moved so much as an inch.

As well as the wonderful architecture and history, today, Salisbury Cathedral is also known for housing some true treasures.

What some think of as the greatest treasure can be found in the Chapter House; the best preserved of only four surviving Magna Carta which is listed on the UNESCO ‘Memory of the World’ register – the list of the world’s most important documents. The Magna Carta is a royal charter of rights agreed to by King John of England at Runnymede, near Windsor, on 15 June 1215. It established for the first time the principle that everybody, including the king, was subject to the law. It is thought to have been brought to Salisbury by Elias De Dereham who was at Runnymead at the time and went on to supervise construction of Salisbury Cathedral.

The Cathedral is also home to a Guinness World Record holder. Visitors can see the world’s oldest working mechanical clock which is thought to have been built before 1386. It is believed to be the work of three horologists –Johannes and Williemus Vriemand and Johannes Jietuijt of Delft. It was originally located in a bell tower that was demolished in 1792 but was moved to the Cathedral Tower, where it was in operation until 1884. The clock was then placed in storage and forgotten until it was discovered in an attic of the cathedral in 1928. It was repaired and restored to working order in 1956.

Outside, Salisbury Cathedral is set in an 80 acre Close – the largest in Britain. Originally this land was given to the clergy who worked at the Cathedral by Bishop Poore. Lower clergy were allotted an acre and half upon which to build their dwellings, and the senior clergy were given twice that. 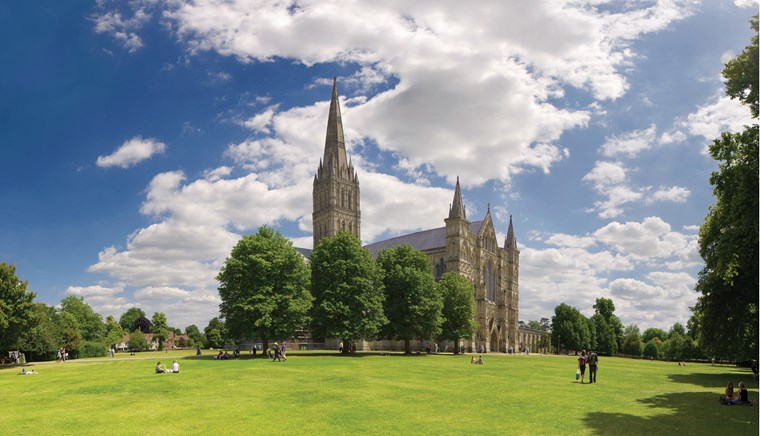 The Close remains a peaceful haven of open green lawns and quiet lanes, with a lovely mix of medieval and elegant Georgian property. Some are open to the public including Mompesson House, Arundells, Salisbury Museum and The Rifles Museum.

It is well worth taking time to walk around the Close and enjoy the atmosphere. It feels like a stroll through time; with rich and varied architecture spanning almost 800 years your constant companion.