Our medieval origins are visible to everyone who walks through our streets.

You can’t help but be struck by the impressive Salisbury Cathedral that dominates the city skyline but there are some hidden architectural gems with historical importance we think many, visitors and residents alike, may have failed to notice.

Here are our favourite pieces of architecture in Salisbury we think you should hunt down and take a moment to appreciate:

John a' Port's House & William Russel’s House, opposite the Guildhall, are thought to be two of the oldest buildings in Salisbury. John a’Port was Salisbury’s mayor and he constructed his house in 1425. William Russel’s was built earlier, in 1306, but appears newer because of its false façade. Now the houses are home to the Crew Clothing store, but the old medieval timber architecture is one to look out for. 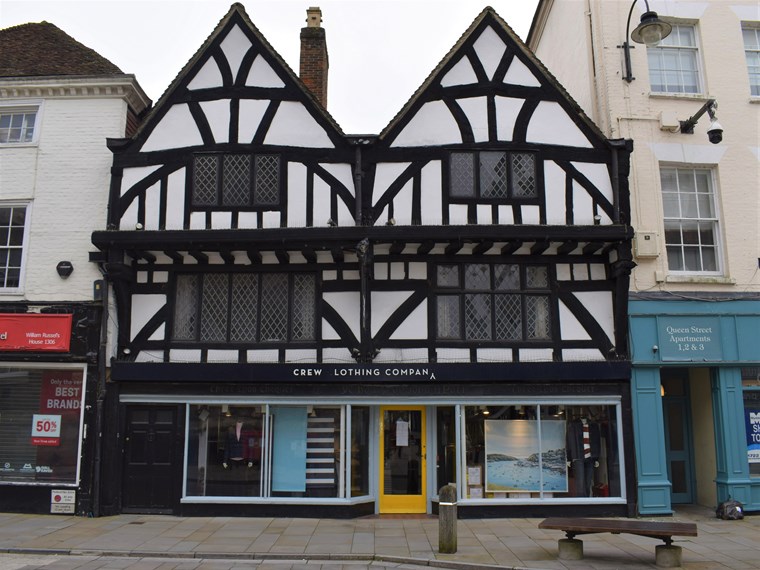 Trinity Hospital, on Trinity Street, was the last of Salisbury's medieval almshouses and was founded as an act of penance by Agnes Bottenham in 1379. The hospital started as a charitable facility for poor citizens and strangers, and it also provided food and shelter for the elderly. The Grade I building that can be seen today was rebuilt in 1702 but it is still worth hunting down for its architecture.

The Best Western Red Lion Hotel is likely to be the oldest hotel in the country. Originally the “White Bear Inn”, the building was constructed to house the draughtsman working on constructing the new Cathedral. The history is plain to see from the wooden beams and medieval fireplaces to the courtyard where stagecoaches used to pull up to collect passengers travelling from London to the West Country. 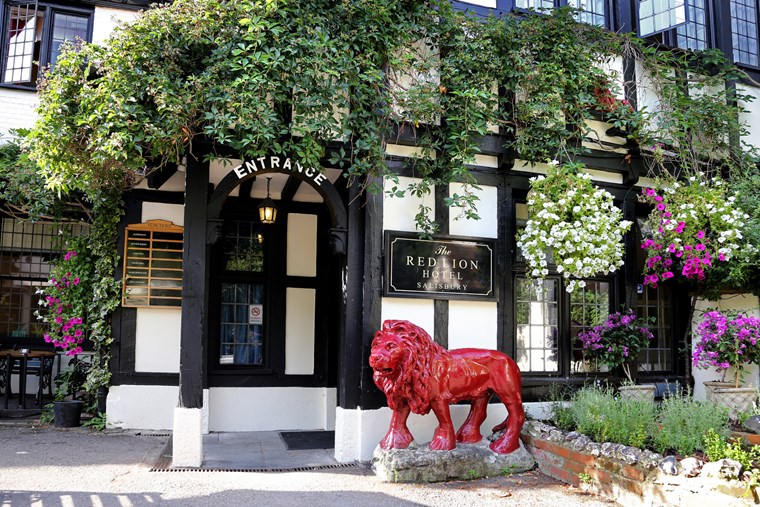 Have you ever noticed the unique creature keeping watch over the Market Place? The dragon on Blue Boar Row sits on top of the building that now houses the Timpson’s store. It is thought the Wyvern dragon was added as a symbol of good luck. 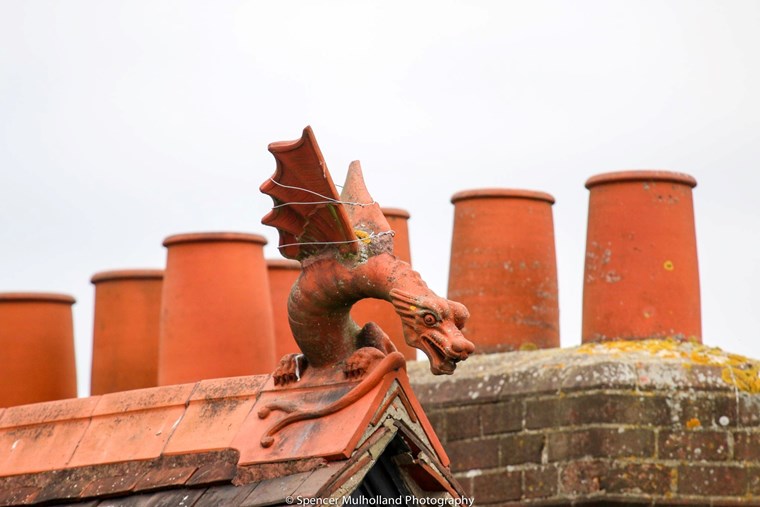 On New Canal stands one of the country’s most unique cinemas. Salisbury Odeon is housed in a property from the 1470s; The Hall of John Halle. Make a stop here to see a façade and foyer that were designed in the Tudor style. Its medieval interior has a fireplace with coat of arms, leaded windows, tall arched ceilings and walls decorated with pikes and armor. A true example of Salisbury as a modern medieval city! 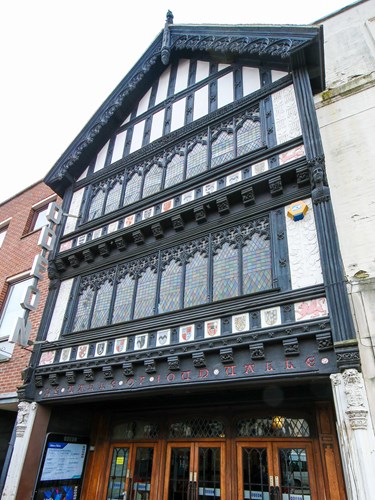 Just after the High Street Gate, you’ll find another architectural gem: The College of Matrons (or Matrons' College). Now a residential building and charity within the Salisbury Cathedral Close, it was constructed in 1682 by Seth Ward as an almshouse for ten widows of clergy ordained within the diocese of Salisbury. 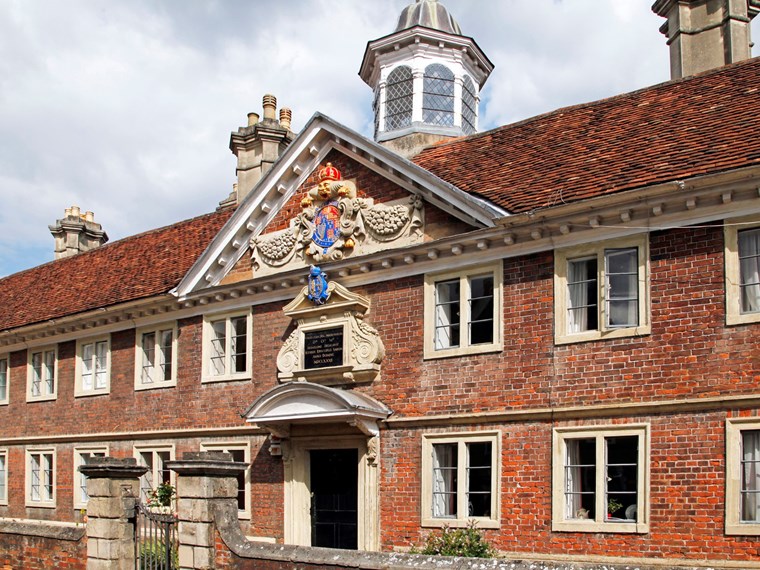 The Waterstones store on the High Street is the largest bookstore in Wiltshire. The building used to be the town hall, with visits from Shakespeare back in the day. On top of the property you can see a gorgeous clock tower. It is thought it was added when WH Smith occupied the building, because the letters on the clockface (used in place of numbers) spells out WH Smith & Son.

If you can be dragged away from looking at the diamonds, then Salisbury’s branch of Goldsmiths on Butcher Row is a pretty example of a refurbished Tudor building. So is the Pickled Frog on Blue Boar Row and The Salisbury Orangery on Crane Street – two ideal café locations to relax and take in the history after a long day hunting down Salisbury gems! 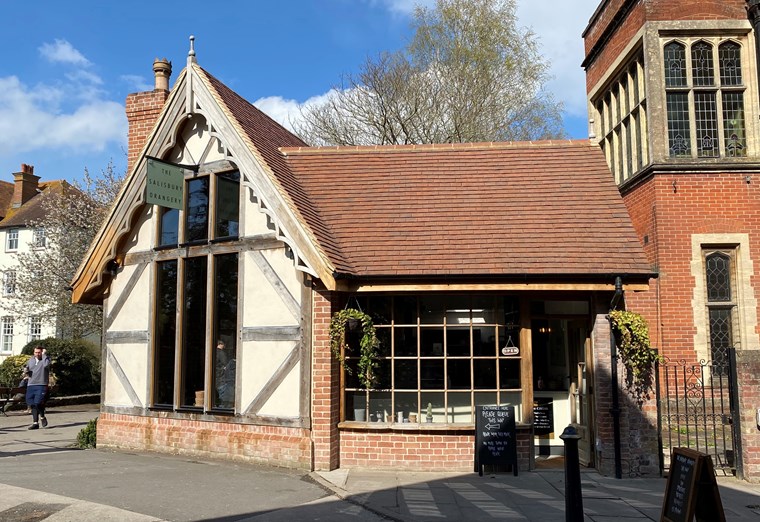 If you would like to find out more about Salisbury’s architecture and history, why not book a tour with the Salisbury City Guides who can point out the bits you might miss

For a self-guided tour, download the Salisbury Trails App. The free app guides users to Salisbury's key landmarks, historic sites and cultural and arts venues, explaining the stories behind them.

The Salisbury Trails app can be found on Apple and Android devices via the App Store or Google Play.