Can you handle scary Salisbury?!

Are you ready for things to go bump in the night?!

There is a spookier side to Salisbury that you may not have heard about, with tales of ghosts and ghouls aplenty.

As we head towards Halloween, we thought it would be a perfect time to find out more so Experience Salisbury asked Claire Pitcher, co-owner of Live Escape Rooms Salisbury, to bring us up to speed.

Claire and her husband Charlie took over what were the tearooms in the Cross Keys Shopping Centre and are now running ghost hunts from the building as well as escape room games. 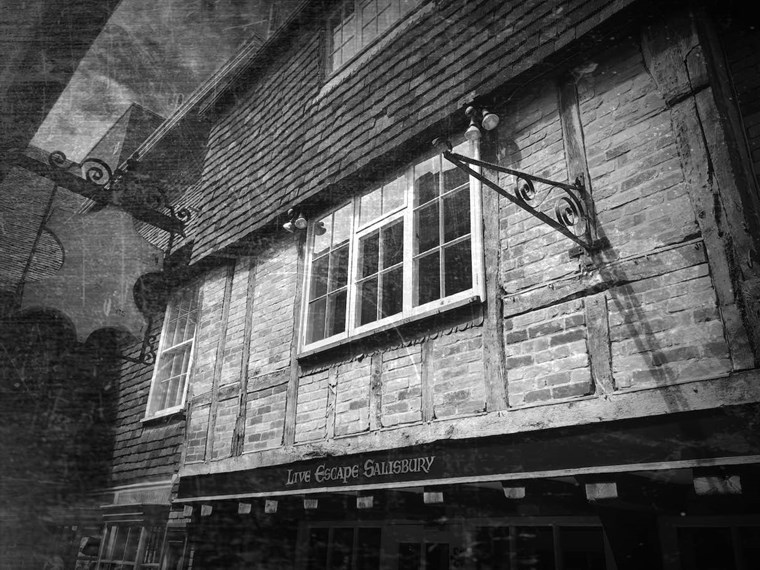 Can you handle Salisbury’s fright factor?! By Claire Pitcher.....

Many of the UK’s medieval cities could profess to be ‘the most haunted’, but with a history that can be traced back hundreds of years, Salisbury can surely wear the crown?

Throughout the year, Blue Badge Guides steer groups around the various ghostly sites, telling of white figures, severed hands and bumps in the night. But the spirits don’t just come out on All Hallow’s Eve.

So, for the few minutes you will spend reading this, let’s take it as fact that our wonderful city is the most haunted. Who or what can we hope to meet when the light fades and it’s only the otherworldly that inhabit the shadows?

The Cathedral Close should be the first stop in pursuit of the paranormal. More specifically the Royal Gloucestershire, Berkshire and Wiltshire Regimental Museum (The Rifles Museum). Also known as ‘The Wardrobe’, this haunted building dates back to 1254. There have been many recorded stories from museum visitors and staff of strange noises and unexplained happenings. 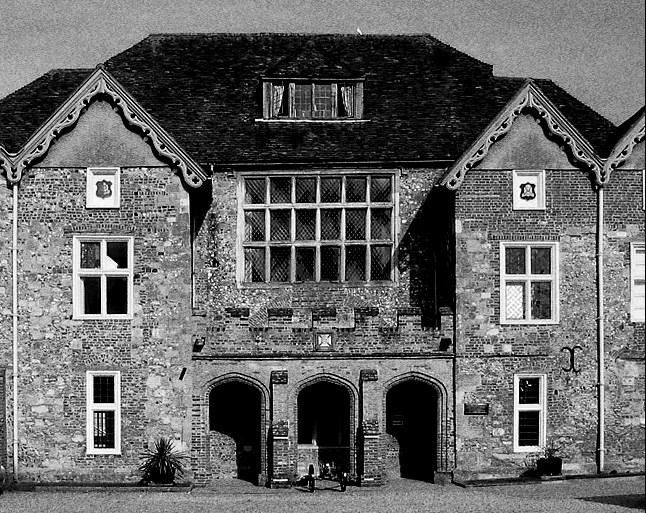 One of the building’s most famous visitors was Charles II, who took up residence in the city in 1665 in an attempt to avoid the plague. Charles himself hasn’t been spotted, but certainly one of his servants has revealed themselves, moving along corridors observing guests.

Another of the now museum’s previous residents, Margaret Hussey, died in the house at the grand old age of 90 in 1941. She was the daughter of Justice of the Peace James Hussey and his wife Henrietta. Maggie’s ghost is often seen sitting on the sofa in the Regimental Room.

After Margaret died, the building was used as a hostel for World War Two. After this, it became rented accommodation for schoolmistresses based at The Kings House.  The ghost of a lady adorned in green was seen by some of the teachers in 1951. She was floating at the foot of their beds and then swiftly disappeared through the wall when spotted.

There have been countless paranormal investigations at the museum, with reports describing books being thrown off shelves, a bricked-up window that is heard opening and closing, and ghosts of children in the attic.

‘Off with his head’

From The Close, to the Market Square, and the familiar story of Royal treachery. In 1483, with the help of the Duke of Buckingham, Richard III was crowned King. However, it didn’t take long for the Duke to become disaffected by his King and rebel against him. King Richard was so enraged by his once friend’s treason that he demanded his soldiers to “bring me his head’. So it was that the very next day in the courtyard of The Blue Boar Inn (what was Debenhams most recently) he was beheaded. It’s been rumoured that the Duke now haunts the old department store looking for his lost head.

Over at Salisbury’s most haunted and oldest (1320) public house – The Haunch of Venison - is the severed hand of the ‘Demented Whist Player’, who decided to cheat at cards. Needless to say, this cheat certainly didn’t prosper. But what is there to be afraid of from the remains of a card player’s hand? Very little unfortunately, as the actual one was stolen in 2004. It’s the groaning grey lady at the pub visitors should be on the lookout for.

In June, we finally got the keys to our new location in The Cross Keys Shopping Centre. Old timbers, original fireplaces, creaky floorboards. It was just what we were looking for – a 14th century building bursting with character. We’ve since discovered it’s also bursting with spirits – all with attachments to the building’s long history.

In 2015, the show Ghost Towns visited the city, and medium Derek Acorah investigated the then tearooms.  He managed to contact the spirit of Charlotte, a seven-year-old child who died at the property. Back then; it was The Plume of Feather’s Inn, with stables where TK Maxx stands now.

But it’s not just Charlotte we have for company. Our colleagues Barry King and Ian Cowley at Spire Spooks Paranormal, who run paranormal investigations here at Live Escape Salisbury, have seen, heard and experienced many unexplained phenomena.

“While in the building at night we have felt cold breezes,” says Barry.  “We’ve been touched on the head and legs, heard plates crash in the kitchen when it is completely empty. We’ve even heard a little girl laughing on the ground floor.

“Torches go off and on by command and cat balls light up and move when no one is near them.”

More investigations by Barry and Ian have led to them finding out a stable boy called Owen was apparently drunk one night and was murdered on the top floor by someone else who worked at the inn. The murderer was apparently hung in the Market Square for the crime. 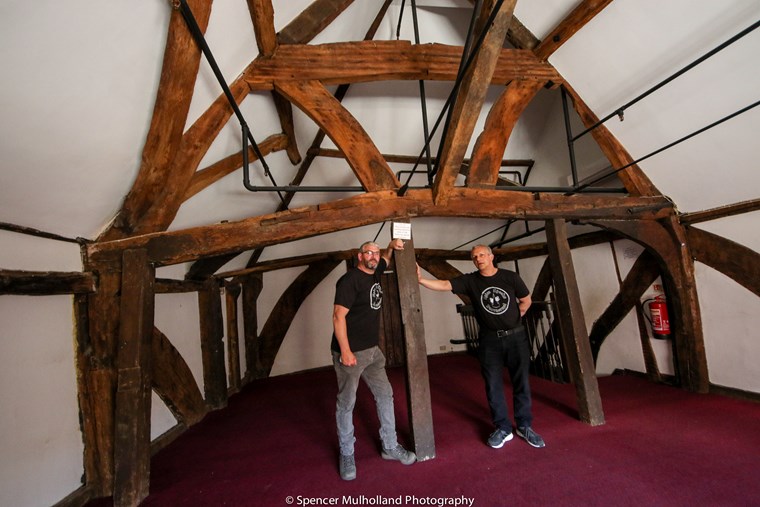 Afraid of the dark?

As the nights draw in and the building plunges into darkness by midafternoon, there is a slight discomfort in the idea of being alone in this renowned haunted building. In the meantime, investigations into the spirits and the history surrounding The Plume of Feathers Inn continues.

If you want to join the Spire Spooks Paranormal team on an investigation, there are events taking place every Friday and Saturday night for £35 per person. Go on, I dare you.

As part of our Halloween celebrations, Experience Salisbury and Live Escape Rooms Salisbury are giving away tickets to one of their paranormal ghost hunts. Find all the details here!

Become a paranormal investigator for the night and join experts from Spire Spooks Paranormal for an evening you’re unlikely to forget!

Join in with a series of 'Classic Ghost Walks' and 'Family Frighteners Walks' around Salisbury this Halloween.